America Is Falling Behind…

Will You Be Ready When 5G Finally Gets Here?

5G Network Technology seems to be overdue in America. We now have so many smart homes, smart cars and smartphones just crying out for a better network. Add to that the huge advancements in machine learning and artificial intelligence, and you can see how critical a 5G network really is. 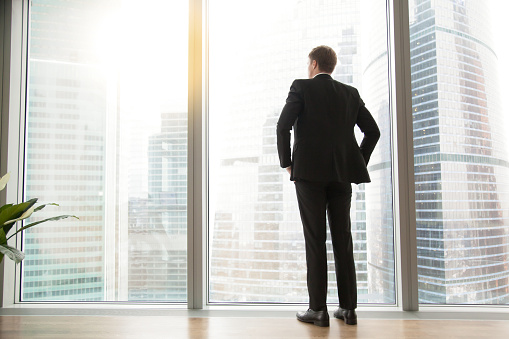 According to a 2014 Business Insider report[1], 50 million people now stream video on their mobile phones. That usage number has been climbing dramatically over the last five years. Today, 40 percent of the traffic on Youtube comes from mobile phone users- even Netflix has been affected. About 23 percent of all subscribers say that they’ve watched a movie on their phone. As phones and mobile technology advance, those numbers will increase.

Up to now, the only thing missing was a better, faster network. Ultra-fast 5G networks will support mobile video while providing more dazzling HD screens. Whether you want to stream video on your Kindle device or watch a favorite YouTube video on your phone, speed and quality will always reign supreme. Consumers just aren’t happy with weak video and sound quality anymore. They’ve been spoiled by mobile phone manufacturers like Samsung and Apple, who push the envelope every year to offer even more innovative services.

However, 5G is not just about upgrading your wireless service. Though all carriers are excited about the faster network heading our way, there’s a lot more at stake nowadays. People are starting to get more comfortable with smart cars. Manufacturers are looking to the future to see what new gadgets and devices they can add to the smart car. Some of these include:

The one thing these futuristic technologies have in common is the need for a stronger, more secure network. The 5G network promises that and much more.

Industry Leaders Believe This is Just the Beginning

Ana Tavares Lattibeaudiere, head of the industry advocate for mobile operators known as GSMA, commented that “We’re very excited that all the US operators are really taking seriously the path to 5G. Many have announced that they will bring it to market by the end of the year. Some of them have announced pilot cities, but the excitement is there. We believe that there will be commercial deployment by the end of 2018, which is amazing”.

She went on to say that though 5G networks have seemed like they were a long time coming, their invention came much sooner than similar advancements of the past. She believes that this is due to the faster-than-expected adoption of “smart” technology. Amazon’s Alexa can be found in millions of homes across Canada and the U.S. It began as a novelty item, but now most people say they love their Alexa and couldn’t live without it. The stories about smart homes and smart cars are similar. These began as novelties that had good potential and now people love having the technology so much that they’d probably not be willing to give it up.

As 5G networks become the norm, this will fuel invention in every field, including robotics. Your new robot housekeeper could potentially speak 17 languages, answer questions about almost anything and interact with appliances. They could actually be programmed to make dinner, then clean up the mess and load the dishwasher. If the dishwasher breaks down, it has on-board technology built-in that enables them to repair simple errors.

Lattibeaudiere added, “Artificial intelligence is coming – home assistants, smart homes, smart cities, all of those things are becoming real. We used to be talking about it in the past and now you’re seeing it day to day. The connected cars I mentioned, driverless cars, that’s something that with low latency will become possible. All of those applications will definitely be disruptive”.

Samsung rolled out its 5G home routers at the 2017 Mobile World Congress in Barcelona. These routers reached speeds of up to 4 gigabits per second. In more understandable terms, a consumer would be able to download a 100 GB 4K movie in about four minutes or a 50GB game in two minutes. Developers believe that 5G will be easier to implement and distribute than older wired internet formats. 5G millimeter waves will be delivered wirelessly through the air the same way that a mobile network is delivered. That means no expensive infrastructure to build.

How Does 5G Work?

The Samsung 5G Home Router will be installed outside a window in your home and connected to a WiFi router in your home. Special antennas will be able to pick up wireless signals transmitted from “millimeter wave” cell towers. 5G will be the fifth generation broadband cellular network with applications that provide users with faster technology for games, TV, IP telephony, mobile web access, video conferencing, and high-def mobile television viewing.

The Cost of 5G for Users

The one drawback to technology like this is often the cost. Right at the beginning of any new advancement, service providers often raise prices because they know certain people will pay more just to have the clearest, fastest signal in the world. That’s why industry experts expect the initial price of 5G networks to be higher. However, as with all technology, competition will eventually drive the price down. In addition, providers will not have to build any new infrastructure as mentioned above, so eventually, 5G internet should be cheaper.

When Will 5G Arrive?

The searing question for most consumers is, “When will 5G become a reality?” Both Verizon and AT&T claim that they will be rolling out 5G networks in the latter part of 2018. Expect to see smartphones and other devices that support 5G around the same time. Although manufacturers are ready to move forward, this is one of those situations where both the technology and devices that support it will be released around the same time.

As 5G technology is incorporated into everyday life, expect to see more applications that use machine learning and artificial intelligence. With faster, better connectivity, new opportunities will open up for products and services. For instance, games and videos that feature more virtual and augmented reality could become the norm. Cars with a wide range of sensors to help drivers make better split-second decisions could save lives. And lastly, watching a great movie on your phone should become a much more enjoyable experience.