Social media is big business and has the potential to drive millions of visitors to websites, engage directly with customers on a public platform, and solve – or create – problems in real time. What is the future of “social business”? 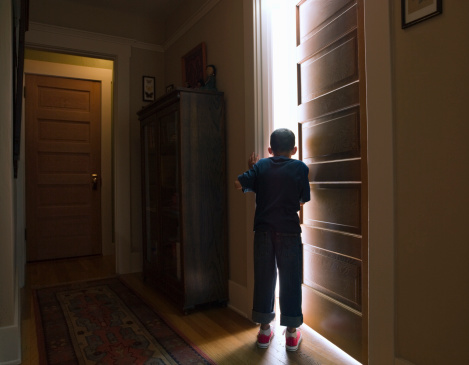 Twenty years ago, marketing and promotions were simple and straightforward. The majority of efforts were focused on print: newspaper and magazine advertising, The Yellow Pages, direct mail, billboards, and perhaps flyers. Email marketing was in its infancy, and digital marketing wasn’t quite yet an industry – though there are firms that argue this time frame. Metrics were relatively predictable, and results were in the form of sales and revenue.

This is not the case today! There are so many facets to “digital marketing” that it’s safe to say the industry is constantly evolving. Yes, constantly. The rules change just as often, and the de facto rule-maker is Google. Google has the famous “Google algorithm”, by which all search parameters are defined. If a business or brand doesn’t meet Google’s search preferences, they’ve wasted their time and won’t make the first page of a user’s search results – and when was the last time you clicked past the first page of results in an average Google search?

There are ads within emails and ads on websites, and even “sponsored results” in an Internet search. Consumers have ads coming at them from every angle of the Internet, so why would social media – including the King of Social Media, Facebook – be any different? It’s not. In fact, a Facebook user is valued even more highly than a search user. The Facebook user is already engaged with a website, and it’s one where the content that loads is customized and personalized for each user. Google tries to do this with search results, but there’s only so much Google can do with a string of words and no context. Both Google and Facebook have the user’s history of cookies, but Facebook has the incredibly valuable position of knowing a user’s friends, families, what content a user likes – literally “likes” by clicking the blue-and-white thumbs-up symbol – and what news stories, photos, and content a user clicks on and engages with. In this context, Google’s metric is the click in terms of the value of a visitor, whereas Facebook’s value of a click is a highly-engaged user already on the website and opting to give more of their time and attention. The ultimate competition comes down to the value of a visitor versus the value of a click.

After evolving from a social platform into a platform that can be highly monetized, Facebook turned the digital marketing industry upside down with the newly-invented notion of advertising right in front of Facebook users. Any organization or brand that has ever paid for advertising on Facebook is used to Facebook changing things up by now – after all, Facebook changes their approach on a regular basis. After seizing the lead and maintaining this very profitable position for years – and years – the brain trust recently announced a bold decision to simplify their overall approach – after long being the primary innovator in social media and marketing and carving the path which others follow today.

Facebook users fondly recall a time when privacy settings at the user level resembled a “stealth” mode when users had the ability to set their account information, including their names and other details, as completely private and would not show in other Facebook user searches. The added bonus was the implied guarantee that photos, posts, and other user content had this same level of protection. Sometime around 2009, Facebook implemented a pretty major privacy settings overhaul and many users who long enjoyed stealth status were suddenly thrust into the spotlight – and was no longer “invisible”. In all fairness, Facebook gave plenty of advance notice this change was coming. Their public reason was that Facebook is a social media platform, not a private website where a user could have total control – and this is a fair position. Facebook is a free website for users, but it’s not a nonprofit organization. Ever evolving, their approach has tweaked and allowed users to choose various privacy settings for posts, images, etc., which are highly customizable if the user chooses to take the time.

In 2017, Facebook recognized a growing dissatisfaction from its users and tried to pinpoint the cause. After much speculation, Facebook realized the greatest impact to the user experience is the allowance of brands to intermingle with users in their feeds, detracting from the social purpose of the channel. Thus, more major changes were in store. Facebook announced a desire to go “back to basics” and return the focus of a user’s feed to posts shared by friends and family members and make it harder for brands to get their content seen (unless advertisers were willing to pay). The result was that post reach – the number of people that see a post in their feed – plummeted. The plan was for average Facebook users to see fewer news stories, cat videos, political posts, or branded content, but rather see more photos shared by friends of birthday parties, graduations, and other significant events entirely unrelated to corporate messaging.

The change to the Facebook feed was a welcome change to users and required a major adjustment to social media marketing efforts for companies. Details of how the changes rolled out and the reasons for these changes trickled into news stories until major news broke that Facebook sold private user information on more than 87 million Facebook accounts to an organization involved in the political arena in 2016. Users worldwide felt violated that a trusted entity would share such private details – a harsh reminder that Facebook is a for-profit entity and users need to read the “fine print” and not just agree to Terms and Conditions without reading. Your digital life is not your own when using a website owned by someone other than yourself.

Security considerations impact all Facebook users, regardless if a user is also an advertiser. Before abandoning Facebook entirely, employ additional efforts to protect user data and your privacy. This type of “social security” has nothing to do with the government-issued card Americans carry, and a few additional steps will help secure user information and improve the Facebook user experience.

Infiniwiz is an IT Support and IT Consulting company based in Chicagoland, Illinois. We provide Managed IT services across Chicago Area. Cities we serve include City of Chicago, Schaumburg, Rosemont, Rolling Meadows.

Rated / based on customer reviews
,
Phone: